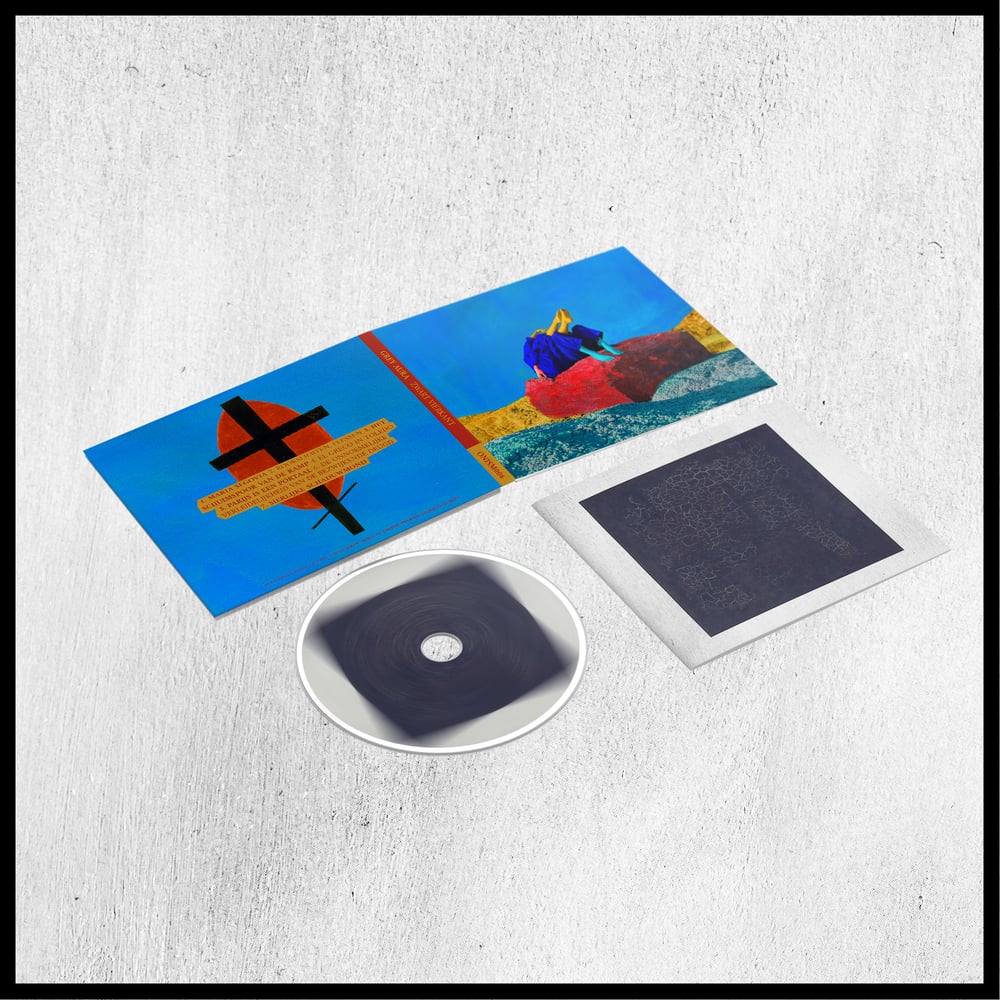 PRE-ORDER FOR MAY 7TH RELEASE

Digipack CD limited to 300 copies, comes with 12-page booklet detailing the story and lyrics of the album.

Hailing from Utrecht in The Netherlands, Grey Aura create a liquid form of atmospheric black metal which shifts between forms like quicksilver, flowing over the boundaries of genres, slipping between cracks in the restrictive walls that surround them. Their second album, Zwart Vierkant, is breathtaking in its breadth and independence, dazzling in its ambition and utterly enthralling and all consuming in its complexity of vision. The collision of raging fury and romance within songs like ‘Sierlijke Schaduwmond’ is bewitching, the sweet, smoky jazz of ‘Parijs Is Een Portal’ is, as suggested, a doorway to another time, another world, another reality. The album is bound tightly to a novel written by Grey Aura’s Ruben Wijlacker which tells the story of an early 20th century painter who becomes obsessed with the Russian art movement, Suprematism, which idealises the abstract and rejects traditional artistic concepts. It follows his journey through Europe, his metamorphosis of soul and spirit, his dreams, awakenings, loves and temptations as he reaches out to the ungovernable maelstrom of the void. Each song on Zwart Vierkant is imbued with the sensuality of the tale, rife with its mysteries and laden with its ambiguities and suggestive power. It is an album like no other from a band that reach further, look deeper and explore beyond the limits of imagination.

Amherawdr - Adorned with the Figures of Snakes
£9.00